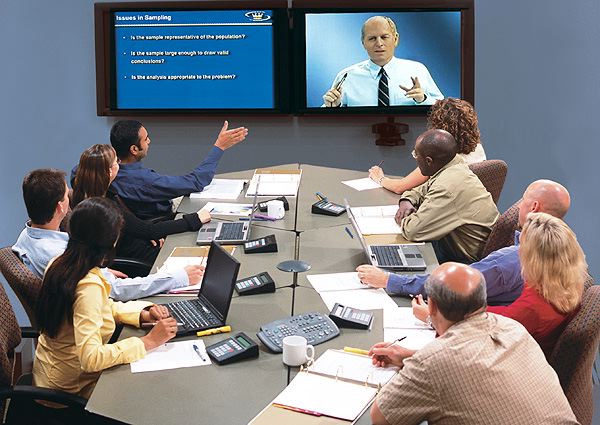 Let’s face it, long gone are the days when you had to be physically present for an office meeting, an interview or even an appointment which might be in a remote location. So we are all familiar with one of several tools available today to facilitate remote meetings since it is fairly common for companies to use them to collaborate with colleagues, vendors or remote employees. So I just wanted to offer my take on one of the business video conferencing solutions that I have been using lately.

Upfront, I want to say that I have no affiliation with Zoom nor is the following post a sponsored review of this particular solution. Also, this is not meant to be an exhaustive product comparison – just a personal experience with a single online meeting solution, providing a perspective on some of the features and any issues encountered during its use.

In search of an online meeting tool

We have been using various audio/video conferencing solutions over the years such as GoToMeeting and GoToWebinar. For the most part they all did the requisite job of connecting folks via either audio or video or both with varying degrees of difficulty. It would typically require some basic training for the users and some initial setup prior to the actual meeting as conference organizers would invariably encounter some issue with either audio or video. At the time when we were using the GoTo solutions, they didn’t have as many features as they do now, but the basics for these meeting types were the same. It was either a personal preference, a feature (or lack thereof) or the degree of user-friendliness that drove the experimentation with these video conferencing solutions.

Again, the GoToMeeting offering did a good job as a collaboration tool and a remote meeting facilitator. Given the plan we were using at the time, a challenge sometimes arose when more than one person wanted to schedule a meeting during the same time slot. This was not possible to do unless an enterprise account was acquired which may not make sense for smaller organizations or groups. The existing plan allowed for 100 participants (which was plenty), but no concurrent meetings since it was tied to a single user account. Otherwise, the scheduling was fairly straightforward and the Outlook add-in made it easy to send meeting invites.

So to be fair, the main limitation of this plan was the single-user account which was required to schedule meetings and view those meetings already scheduled. Eventually, we did acquire a second account for a team that needed to schedule online meetings quite regularly and would otherwise end up bumping off participants from an ongoing meeting.

The web-based portion of these meetings worked fairly reliably most of the time. It was the audio conference lines for those audio-only meetings that people reported issues with. Some of the more frequent complaints included dropped calls and poor audio quality such as echo or feedback. Tracking these issues down was difficult since they were mostly reported after the calls were over and working with support at GoTo did not help uncover the underlying causes.
They did suggest some things to try like someone joining from a cell phone would need to mute their mic to minimize background noise, etc. with varying degrees of success.

After trying other video conferencing solutions, we eventually came across Zoom. During initial trials, it proved easy to use and offered a variety of platforms to launch/join meetings from such as Mac, Windows, Linux, Chromebooks, iOS and Android. I believe the main differentiator for us was the ease of scheduling team meetings on the fly and the fact that Zoom offers a free basic plan allowing for 100 participants didn’t hurt either. Granted, the free plan has a 40-minute limitation on group meetings, but most of our meetings were typically well below that threshold.

I also liked Zoom’s uncluttered controls, making it pretty straightforward to join or host a meeting. So this brings me to my next point of how the meetings can be scheduled. For most, the Outlook add-in would probably be the main approach to scheduling an online meeting since it works well with the scheduling component and creates a nice e-mail invite to send out to attendees. Not really much of a difference from GoToMeeting here. What sets Zoom apart, though, is the number of integrations it offers compared to GoToMeeting. These include services like Slack, Box, Salesforce, Google Drive, and Dropbox among others.

At the time we were using GoToMeeting and GoToWebinar, the cost was about $100 and $200 per month for each service, respectively. There was no free plan (14-day trial only) as opposed to the Basic plan offered by Zoom as described above. A Pro plan with Zoom starts out at $14.99/month for unlimited meeting duration for all meeting sizes. More details can be found on the Zoom pricing page. A comparable plan from GoToMeeting would be $29/month.

So while the main feature set of these two video conferencing solutions is quite similar, you’d be essentially paying twice as much for GoToMeeting as you would for Zoom. Having used GoToMeeting for a while, the extra cost doesn’t bring in a better experience, so if budgets are tight, this might be a factor in your decision-making process.

Part of the switch to the new video conferencing solution was the creation of a dedicated “Zoom Room”. This would serve more formal meetings with multiple participants joining from the same location. Also, one of the screens would display the participants while the other would host any shared content. With this setup, I for one, would not have to squint while looking at presentations!

For this purpose one of the smaller conference rooms was converted into a Zoom Room and set up as follows: 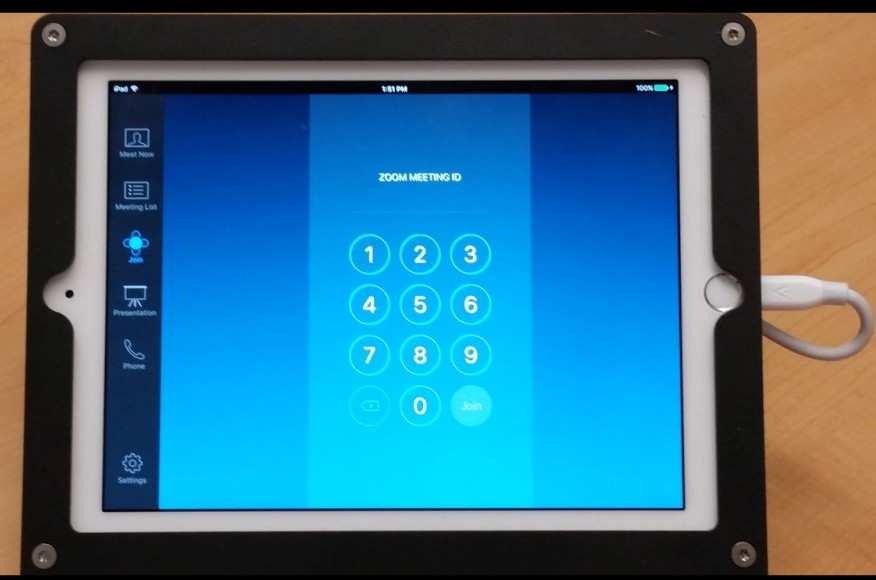 We get quite a bit of use from this solution with mostly positive results, but no tool is perfect so occasionally some assistance is required. Most of the typical issues are related to user training and are diminishing over time as Zoom gets used more and more. I have also used the Zoom mobile app to join meetings as well as dialing in just for the audio portion from my desk phone. So far it has been a pretty consistent experience, and we will most likely be sticking with this solution for the foreseeable future.

Feel free to share your own experience, tips or questions in the comments area.

4 thoughts on “Business Video Conferencing Solutions – My Experience With Zoom”