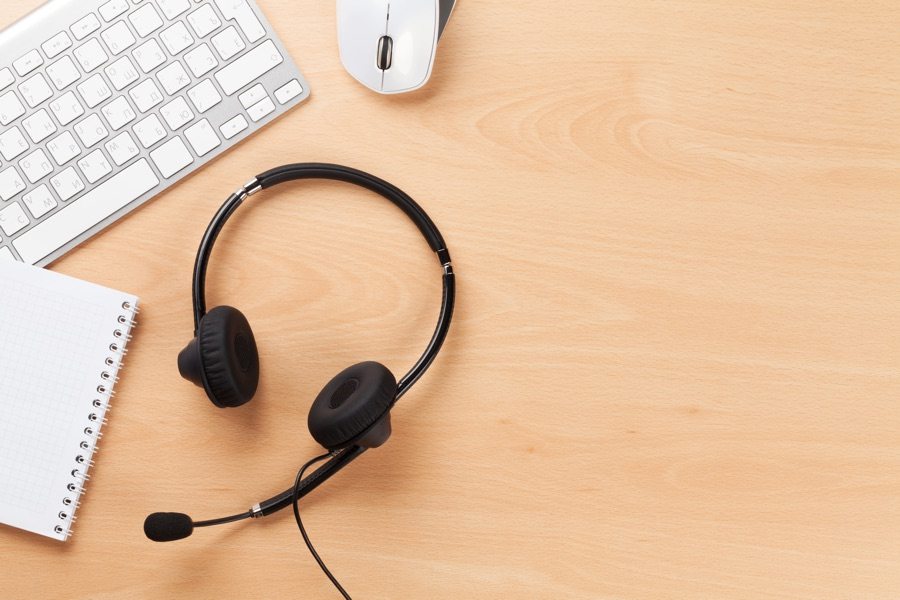 Quite frequently in my line of work I need to assist someone who may not be in the same office or building or even in the same state. So I have to rely on a tool in my arsenal that would allow me to reach out and tech support someone. And therefore the subject of this post will be remote tech support software. I’ve used a few products over the years which were helpful in providing remote support. Some were better at this task than others, so I will cover here the ones I’ve had direct experience in using.

I’ve discovered TeamViewer quite a long time ago when I was using it to help out family (alright, it was my mom) with technical issues and couldn’t personally make an appearance at their house. Back then their licensing model allowed it to be utilized for free if it was for personal use (still the case today) and for limited business use if it was for 10 or fewer machines.I didn’t see a licensing option for the latter when I looked at TeamViewer recently.

So while I started out with TeamViewer when doing primarily personal support, it didn’t take long to see its usefulness and I set up an account for work. Initially, remote support was quite minimal, so I had no problem keeping the number of PCs under 10 in order to comply with the then existing license. Since I mostly knew who my remote users would be, setting up an account made it convenient to have their computers added and saved, so I wouldn’t need to guide them through the connection process, although it’s pretty simple. All they had to do for me to connect to their PC was to be connected to the Internet. I could then see their online status and connect at will.

One thing I liked about this tool is that it didn’t have a steep learning curve. Once I had all the options configured as needed, it was as simple as launching the app (either directly on the desktop or from the management console online). Even if the person I needed to assist didn’t have TeamViewer installed, all they would need to do is browse to the TeamViewer website and download their QuickSupport client. Running the client did not require admin rights on the machine, which typically is the most common barrier to using this kind of tool. That would be a deal breaker immediately since I would not be able to share admin credentials with an end-user.

The feature set was quite rich, and even if someone didn’t have the full client pre-installed, I could start off with the QuickSupport app, connect to the remote PC and install the full app which would allow for unattended access. Pretty convenient! Over the years development saw additional features added along with improvements to the interface and other functionality. You can access the product overview and check out some of the features at TeamViewer Remote Support.

So if the remote machine was online and reachable through the Internet, TeamViewer could handle pretty much anything I threw at it like file transfers, chat, and reconnecting the session after a reboot just to name a few. It is available for most major platforms – Windows, Mac and now there is a preview Linux version along with mobile counterparts for Android, iOS and Windows 10 Mobile.

I would be happily using TeamViewer today, but as you might have guessed, I eventually needed to support more than 10 PCs and along with another systems admin, we quickly realized that we would need to purchase an appropriate license. So this prompted me to start looking for alternatives just to see what else was out there and to compare pricing. I also recalled having used other tools in the past before settling on TeamViewer.

I recall using some remote connection solutions early on for some really basic support where it would be sufficient to observe a user’s screen with minimal interaction. I would then guide them based on what they were experiencing (and couldn’t adequately describe in an email or over the phone). One of the tools for this purpose which was really user-friendly had been join.me. At its core, it is really an online meeting and conferencing tool with screen sharing baked in, so strictly only applicable to a limited scenario described above.

GoToAssist was another  solution I looked at for comparison purposes. As I was looking at more and more products in the remote tech support software category, it became apparent that most of them pretty much do the same thing. The differences were primarily in the interface and pricing. As such, the GoToAssist product was one of the most expensive I looked at (GoToAssist Pricing), starting at $55 per month, while providing essentially the same functionality as the others.

Also part of the GoTo family of products now (previously a separate entity) is the LogMeIn solution with LogMeIn Pro and LogMeIn Rescue. While the former is more of a remote access tool and the latter a remote support tool, I could not justify the pricing.

I have heard of Zoho before when I was exploring email clients but was not aware of how extensive their suite of apps actually was. So it wasn’t long into my search for a remote support tool that I came across Zoho Assist. As is typical with most, if not all, of these solutions there was a trial available for me to take a closer look. So I signed up, pulled out an older laptop from storage and began playing with the remote support software from Zoho.

One of the first things I usually test with remote support software is how well it can handle elevation to admin rights via the UAC prompt. Typically this would require a full client on the remote PC, which is also an option with Zoho Assist, but at the outset of a spontaneous remote support session, it allows you to elevate it to administrator privileges. The first time I tried this, Zoho Assist notified me that it couldn’t obtain admin priviliges. It did finally work on a subsequent attempt which seemed to be the pattern with this tool – failure on first try and success on the second one. This, of course, becomes a moot point once the Zoho Assist agent is installed on the remote PC.

At first glance the interface seemed a little simple and not as polished as some of the other tools like TeamViewer, but I eventually came to appreciate the simplicity and the uncluttered layout of the application.

While the above screenshots are for the web-based console, there is also a desktop client from which one can either launch or join remote sessions: 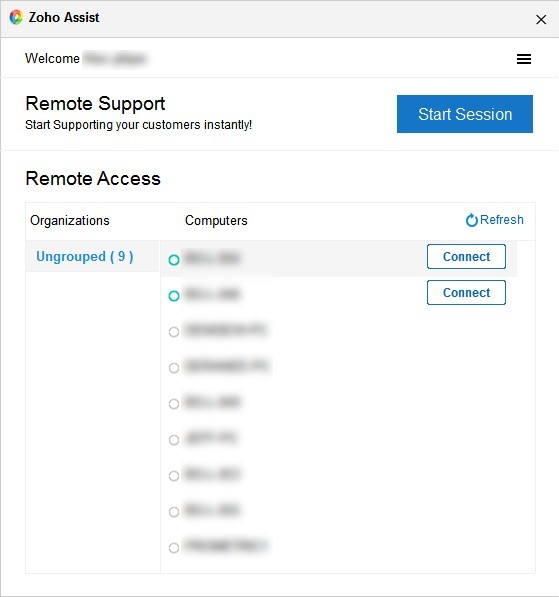 The list of features for Zoho Assist is quite extensive and can be found here. The ones I liked in particular and found quite useful were the ability to simply invite someone to a remote session and schedule it, multi-monitor navigation and two-way screen sharing. There is also an option to invite another technician to join a support session and hand it off if needed. The tool supports both Windows and Mac, which are the two platforms I need to be able to support.

So after spending some time exploring Zoho Assist and actually using it to conduct remote support, I wanted to look at the pricing. I was pleasantly surprised to find out that between Zoho’s two Remote Support plans and its Unattended Access plan, the solution was quite affordable, especially compared to the other tools I looked at (see above). There is a free plan that actually allows for commercial use and covers one technician and 5 unattended computers. The Standard Remote Support Plan starts out at $8/month billed annually or $10/month billed monthly. There is also the Professional option of the plan for $13/month. These are for one technician. The plan I actually settled on was the Unattended Access Standard ($8/month billed annually) which covers 25 computers, allowing more to be added as needed. Complete pricing details can be found here.

So as you can see there are quite a few remote support tools out there to suit pretty much every need and budget. And that’s just from the few I chose to cover here because I had personal experience with them. I settled on Zoho Assist because I tend to go more for functionality and reliability than a flashy interface and of course the pricing was conducive to making the decision in its favor. There are quite a few more out there, so feel free to share your experience, thoughts and recommendations in the comments below.